The budget smartphone market is getting intensely hot recently with a number of new capable launches. However, the most phenomenal of them all is the recently launched Moto E. It is a truly marvelous, efficient and performing smartphone with a shocking price tag of just Rs. 6,999. It surely does not offer superb alluring looks or a tank full of astonishing features like the high-end and super expensive smartphones, but offers basic and simple smartphone experience for the first-time smartphone users and to those who don’t wish to burn a hole in their pockets for a small portable gadget. Moreover, Motorola seems to have ditched the drab and bulky design to actually make this budget phone sleek and stylish as well. Thus, the Moto E being much cheaper than the Moto G offers the basic smartphone flashing opportunity as well. 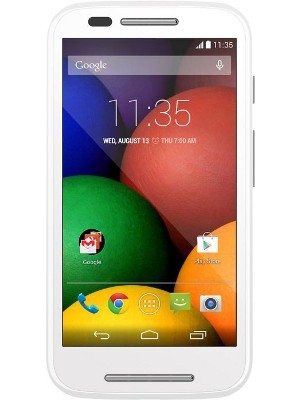 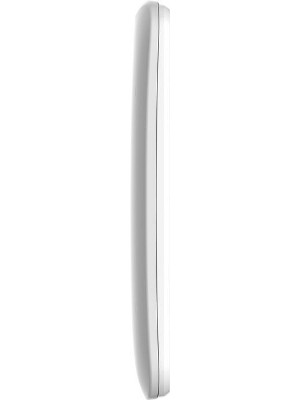 You don’t have to go to the verdict section to know whether the Moto E is worth a buy or not, as it is really that impressive to simply call it a superb offering for a budget smartphone buyer. Let’s take a look at the Moto E to know what all make it such a great deal.

Motorola seems to have made the Moto X’s cool design its patent style, and has been offering a similar styling for all its other handsets. Moto E continues to have the rounded edges and a conveniently curved back that not only make it look good but also feel very nice in the hands. The Moto G though has a better finish and built quality than the Moto E, looks bulkier and thus not attractive enough.

The Moto E though a true budget phone and has the design and build quality as per its price, but it surely looks great as well. Its plastic removable back cover offers access to SIM card and microSD card slots and comes with matte finish which is soft to touch. This makes the Moto E look and feel better than any phone makes use of the cheap glossy plastic material.

Usually the downside of the budget phones is that they come with cheaper screen quality screens to keep the price on check. However, Motorola has chose to differ and endows a really worthy screen on the Moto E. The device offers a good 4.3 inch touch-screen with 540×960 pixel resolution. Thus, though not as sharp as the expensive smartphones, the Moto E offers crisp and clear contents along with rich and warm colors. 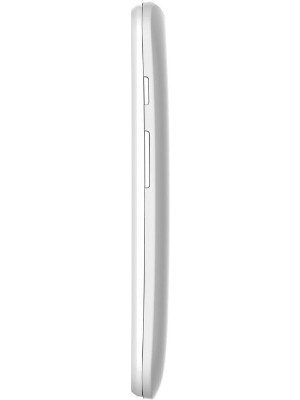 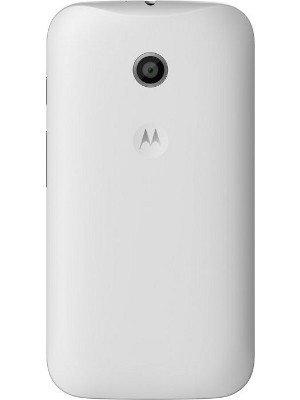 The Moto E runs on the latest Android 4.4.2 version dubbed as the KitKat. Motorola also promises to update the Moto E to the next major Android version as well.

Moto E is powered by a dual-core processor ticking at 1.2GHz along with 1GB of RAM, and thus offers good hardware for a budget device.

However, the Moto E is a fairly good performer and offers pretty smooth and fast smartphone experience. It offers smooth switches between various apps as well, but of course you can’t compare it with more premium handsets and it does get slowed down sometimes with heavy apps. However, it feels like a good under 15,000 phone while actually costing lesser than half the amount.

Motorola also offers a few unique applications such as the great ‘Alert app’ that send alert messages to your contacts in emergencies, and the Assist app that monitors your schedule and automatically puts the phone on silent mode during your sleeping ours and during a meeting.

Though Motorola swam against the budget trends of cheap screens and poor performance, in terms of camera the company chose to go with the flow. Being a super budget phone, the Moto E is certainly not for the photography lovers. It also offers no front camera, thus not providing any opportunity for good selfies and video chats.

The Moto E offers a good 5 megapixel primary camera, but the number of megapixels hardly matter. The camera lacks both flash and auto focus, thus really not offering good quality pictures. The shooter in the Moto E has a problem focusing on a close object as well thus not providing good close-up shots.

The images shot with the Moto E are not of good quality and irrespective of the good light or low light situation the images appear noisy. Pictures shot in bright light also show artificially bold colors. The camera is unable to offer good crisp images with proper detailing as well and tends to sharpen the images instead.

Thus, the camera on the Moto E is really a budget thing and feels the same as well. When compared to the mobile cameras in the similarly priced rivals, the Moto E scores only average. However, the camera does offer fair enough images most of the time for you to share on social networking sites, just do not expect the Moto E to offer clear and bright photos than the more expensive and refined smartphones can boast of providing.

The Moto E is again really good again by offering dual SIM capabilities. It offers all the standard connectivity capabilities of 3G, 2G, Bluetooth and Wi-Fi and it offers good speed and clarity and well.

The device comes with a 4GB built-in storage space and the memory can be expanded to up to 32GB, as Motorola offers the flexibility of microSD card slot.

The Moto E comes with very good life as well. It comes with a non-removable 1,980mAh battery, which means you cannot replace it with a spare pack. With 3G connection, Moto E offers a real-time talk time of about 15 to 16 hours.

To stress on the fact again, the Moto E is truly worth of its really affordable price tag of Rs. 6,999. It offers much more quality and performance when compared to the other devices in the same price bracket. In fact there is no other Android powered handset under Rs. 10,000 in the market at present that offers such value for money as the Moto E. If you were simply waiting for a really nice budget Android smartphone to switch over from your regular handset, then the Moto E is the best pick.