Why not: Slightly large; low-res display 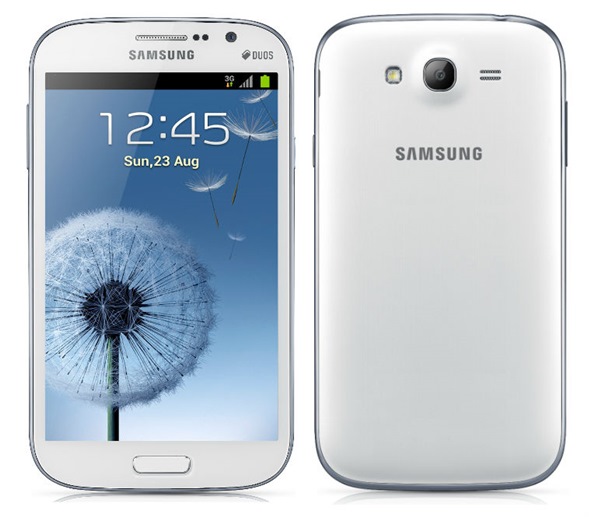 The Grand Duos looks like a Note ll clone, but it has finish and build of the S lll. lt feels strong and durable, but is on the thicker side at 9.6mm and is quite heavy as well at 162 gm  Just like the other Galaxy handsets, the sensors and front-facing 2 megapixel camera are on the front. Underneath the rear cover, we have the two GSM SIM card slots and a microSD card slot. For the first of devices, Samsung has bundled a separate rear cover with a flip-style screen protector. As it turns out, the 5-inch screen’s  480 x 800 resolution is actually quite good. The phone runs Android 4.1.2 Jelly Bean along with TouchWiz and the interface is quite smooth. Features like Multi-window, pop-up play, Smart Stay and S Voice are present. The fluidity of the interface can be attributed to the ARM Cortex-A9 MPCore SoC. This consists of a dual core CPU running at 1.2GHz with 1GB of RAM. The GPU is a Broadcom Videocore IV. Samsung manages to deliver a great overall media experience with this device. The video player supports most formats including AVI and MKV with full HD 1080p playback. The Grand supports external storage of up to 64GB.

The Grand Duos is a quad-band GSM handset with tri-band 3G support. You also get dual-band Wi-Fi, Wi-Fi Direct GPS with A-GPS support and GLONASS, DLNA, and Bluetooth 4.0 TV-out and NFC seem to be missing, but we doubt they’ll be missed much. You can set dual standby for the SIM cards and also configure which SIM should use 3G. The stock keyboard works well and in split-screen mode, you get a “floating keyboard” that you can position anywhere on the screen while using both apps. The Grand’s 8 megapixel sensor is accompanied by an LED flash and outdoor shots come out really well with good detail and accurate colour capture. Indoor shots were also good and there was very little noise. The Grand manages macros well too. Video recording maxes out at 1080p and you have the option of adding filters as well.

The 2100mAh battery puts on a very good show—the Galaxy Grand ran for nearly 8 hours and 40 minutes in our video drain test. This is very good if you frequently watch videos on the go. The battery life will be lesser when both SIMs are active, but even so, we feel you should easily be able to pull off around 16 hours of actual usage.

The Samsung Galaxy Grand is priced at Rs 20,900 which makes it a very good buy owing to its dual-SIM feature and its overall performance and functionality. It has very good media capabilities, a good battery life and a good camera with full HD recording. It also has most of the features of the Note ll, like split-screen mode, and packs all of this in a pretty well-built body.