The new range of Ultrabooks set to come out in 2013 will have features usually found in smartphones, such as voice recognition, touch support, finger tracking, augmented reality and gesture based interfaces. The Ultrabooks will feature clip-on sensors that will eventually be integrated into them. The voice recognition feature will be powered by Nuance and will be called Dragon Assistant; it will first appear on Dell Ultrabooks later this year. 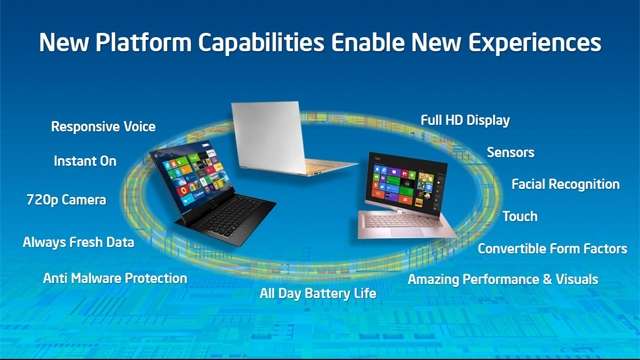 The Dell XPS 13 will be among the first PCs to ship with Dragon Assistant Beta in Q4 2012. Dadi Perlmutter, Intel’s Chief Product Officer, demonstrated Dragon Assistant Beta on Day 1 of the Intel Developer Forum. He called on a colleague to demonstrate the voice technology, who then ran through a series of demos ranging from easy to very difficult. He started off by simply saying “Hello Dragon” to awaken Dragon Assistant and proceeded with some complex commands such as: search Amazon for sunglasses; information and shopping; access, discover and play music; check and reply to email; and listen to and update social media statuses. Intel executive Kirk Skaugen also showed off a new accessory built by SoftKinetics and Creative that combines a close-range infrared gesture tracking camera and dual microphones. This package will start shipping later this year and will be priced at $149. The camera allows for close range tracking, which allows recognition of hand poses such as the thumbs-up, hand and finger tracking, and hand gestures. Close range tracking can be used for gaming as well as for enhancing productivity.