I was watching the news earlier and saw a story about how we can now use our DNA to trace back over 1000 years, with scientists even able to pin-point the exact village that your ancestors may have come from! 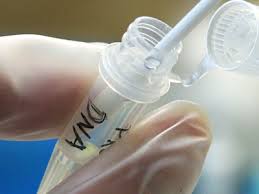 I know that your typical forensic DNA test is nowhere near as impressive as those featured on shows like C.S.I, but I find it amazing that we have made such huge leaps in regards to DNA testing in just 40 years. DNA testing as we understand it first came about in the 80s, where it was first applied to forensics in crime cases. However, it was not until 1987, that Florida rapist, Tommie Lee Andrews, became the first person in the U.S. to be convicted as a result of DNA evidence. As a direct result of the development of DNA testing he was sentenced to 22 years behind bars. However, as it was a new technology, the DNA test was treated with some uncertainty by juries and judges alike. The most well-known case of this mistrust was in the OJ Simpson case back in in 1995, when the ex–football star was acquitted, in part as a result of doubts about the reliability of evidence based on blood found at the murder scene. Of course, with the ever growing trust in DNA forensic testing, has been a growth in the amount of knowledge your typical law breaker has on the topic of DNA. That means that instead of standing still, DNA testing technology has had to continue to grow in order to gather genetic information from increasingly small quantities. Forensic scientists are currently able to gather your DNA from anything that you have so much as touched, such as a steering wheel or a door handle. Even though modern DNA tests are not always capable of pin-pointed who committed a crime, it is currently possible to 100% proof that someone was not involved. It has been reported that some 240 convictions have been overturned in 33 states and the District of Columbia, according to the Innocence Project, a non-profit advocacy group that works to free the wrongly convicted. Included in this are 17 people who have been released from death row as a result of DNA testing proving they could not have committed the crime they were originally arrested for. As a result of this continued growth in the field, the actual cost of your typical DNA test has actually gone down, making DNA testing a lot more widely available. Everyone is aware of what DNA testing is, even if they are not sure what is actually involved or even what DNA stands for (Deoxyribonucleic acid if you are interested). We benefit from this development in the ready availability of paternity tests and, to bring me back to my first point, ancestry tests. From its first use to help identify people from evidence left at crime scenes, we are now able to find out more about our own genetic history! Who know what further breakthroughs we will see in the future! For DNA Test reviews visit DNATestingChoice.com

Tips to Recharge Airtel Prepaid plans with Discount and Cashback