This is a famous quote from one of the most sensational, ground breaking and most admired non fiction futuristic novel of our times, Alvin Toffler’s bestseller “Future Shock” which sold more than 6 million copies and was translated into several languages, besides English. In this book, Toffler offers solid and undiluted critique of where our technology is heading, the culture shocks it is creating, and fears that the rate of growth and changes of technology is much, much faster than the rate of intellectual developments and  psyche growth  of the technologists who create, develop and employ technology. We could be overwhelmed and victimized by our technology is what Toffler opines. 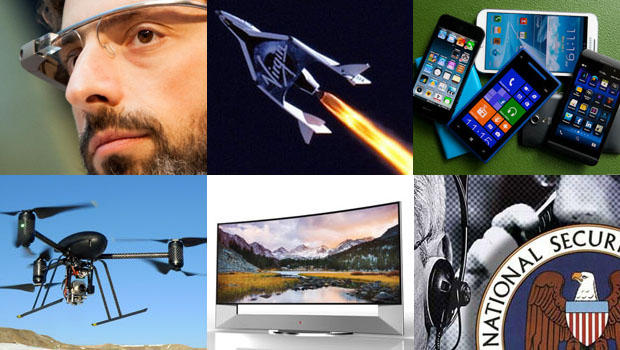 In effect, technology is what makes better, improved and state-of-the- art technology and which develops and sustains technology. For instance if there were no basic computer technology, the chances of developing internet, e-mail, chat facilities and other ramifications of basic computer technology would not have been possible. Without fundamental mobile technology, Android OS, Gingerbread, Play Store, music, games and Google + would not have been possible. Thus, it is from the underlying and fundamental technology that higher level and advanced technologies are made possible. Medical technology affords state-of-the art and advanced technologies like digital imaging, e-prescriptions, laparoscopic surgery, Medical Video Conferencing, 3D imaging and other advanced health care systems that prolong life and arrest human aging process. Indeed, fundamental technology is what makes better, advanced and more reliable technology possible and eventful. The future of technology is nano based, miniaturizing all aspects of technology and even use of robotics for all major tasks instead of humans.

Already the use of robotics has made entry into many industries and processes, including auto making, science and Technology, Research and Development and so on. With growing and proliferating globalization, there are indeed reasons to expect that  countries, States and governments would indeed pool their resources, skills and knowledge to create more technological advancements that go on to improve human lives and sustenance. There are indeed many areas in which major and harmonious technology needs to be harnessed, like environment, legal and crime fighting (including anti terrorism), economic zones, including the entire gamut of banking, finance, business markets and monetary systems, the impact of technology on every aspect of life and living, both for sentient and non sentient beings, social impacts of technology and also how technology impacts and is impacted by the political scenario in various countries of the world.

Some of the major fears about technology indeed arise from its fast and uncontrollable trajectories and movements in its application. There is always lurking fears and trepidations that humans, as creators and masters of technology, may, at some point of time, lose control and superintendence over technology, and allow it to take the upper hand and begin to dominate humans and their lives. It is quite possible that a Frankenstein like situation may arise when we shall be slaves to the very technology we create and try to use for our own dominion. More technology could be uncontrolled, unbridled and beyond monitoring, may even spell disaster for mankind. While Toffler tried his best to stay unruffled about the future of technology in coming Centuries, he could not but express his concerns and apprehensions about the future of technology in coming years, and whether it could be used for the benefit of humans or for their perils.

Besides the polarization of the world communities, between the have and the have-nots of technological strengths, the owners of powerful and overriding technology vis-à-vis their slaves, have the high potential  and propensity to create high risks and challenges in the propagation and enforcement of technological dominance and suzerainty.

Thus, it is not only important but also imperative that technology must be sued for common good of the world community and total mankind and not to manipulate it, for selfish interests, by one country or group, to the detriment of others.

Author Bio: Shirley Burrill is a professional writer and working for buying essays online. She is interested in helping students for clarifying their doubts and gives the valuable ideas on writing essay.

The New Technologies We Can See in 2020

The Technologies Being Used to Fight Coronavirus